This blog will differ from my usual blogs about acting. This is something that’s very near and dear to my heart. In fact it’s my lungs! I had something called spontaneous pneumothorax (a collapsed lung). This is my story.

I didn’t know what I wanted to do in life but I knew that if there was an obstacle then I needed to overcome it. When I was a kid, I always had trouble breathing. I would take a breath in and hit this limit even though I felt like I could take more air in, I just couldn’t reach it. My body was asking for more air and it was this struggle that would make me feel like I was short of breath or even having a panic attack at times. I didn’t know what it was, I assumed I was just prone to panic attacks.

When I was 17, I ended up in hospital one night breathless, I had all the doctors there stunned. They had no idea at the time what was wrong with me and after all the tests I started to feel better so they sent me home. I kept thinking I was losing my mind. It passed and I moved on, thinking nothing of it.

Right before my 19th birthday I was overseas in Cyprus visiting family. I was out one night with my cousins drinking when I felt this sharp pain in my chest, I went and threw up and it just kept getting worse. I went back to my cousins place and went to sleep hoping it would go away, but it didn’t. I woke up in even more pain. I thought I was having a heart attack as my left arm was starting to feel numb. I urged my cousin to take me to hospital even though I was reluctant. Cyprus isn’t exactly known for its healthcare.

The first hospital I went to looked like a house and the guy there took my pulse and told me I needed to go to a bigger hospital. I was panicking to say the least at that point. We ended up at the biggest hospital and they took X-rays, did all the tests and no one had a clue until about 3 hours later. By that time the sun was coming up and I just wanted to go home, take a few painkillers and sleep this thing away. Then that’s when it happened, the doctors had a change over. The new doctor came in, she looked at my X-rays and was blown away by what she saw and it wasn’t my scoliosis. She noticed my left lung wasn’t where it was meant to be! It had scrunched up into a ball no bigger than my heart and was sitting where my heart was meant to be, pushing my heart over along with my oesophagus into my other lung. No wonder I felt like I was having a heart attack. They told me it was spontaneous pneumothorax. I had no idea what they were even saying but I was glad they found out what was wrong and could fix it. Little did I know it wasn’t an easy fix.

Before I knew it they wheeled me away, threw me on an operating table, told my mother to get out and were getting me ready for surgery. I asked the doctor what was happening and he told me he had to let the air out of my lung or I was going to die. What I didn’t know was that he was about to put a tube the size of a garden hose into my chest. Not to mention he only used local anaesthetic, I asked for morphine but I was told that it was only used for cancer patients. (WARNING: This will be graphic) The Doc stuck a huge needle into my chest and sucked out some air so my lung wouldn’t pop when he cut me open and I couldn’t stop coughing when the air was coming out, like I was being suffocated. Once he stopped, I felt a little better but then he started cutting into my chest. I grabbed him and he called the nurses to restrain me. He continued to cut into me. Once he had gotten through, he stuck his thumb into clear the way, I was screaming, coughing and suffocating all at once. He finally got the tube in and stitched it to my chest. I was able to get up and it was hell. I felt like Tony Stark in Iron Man 1 when he was patched up in a cave. 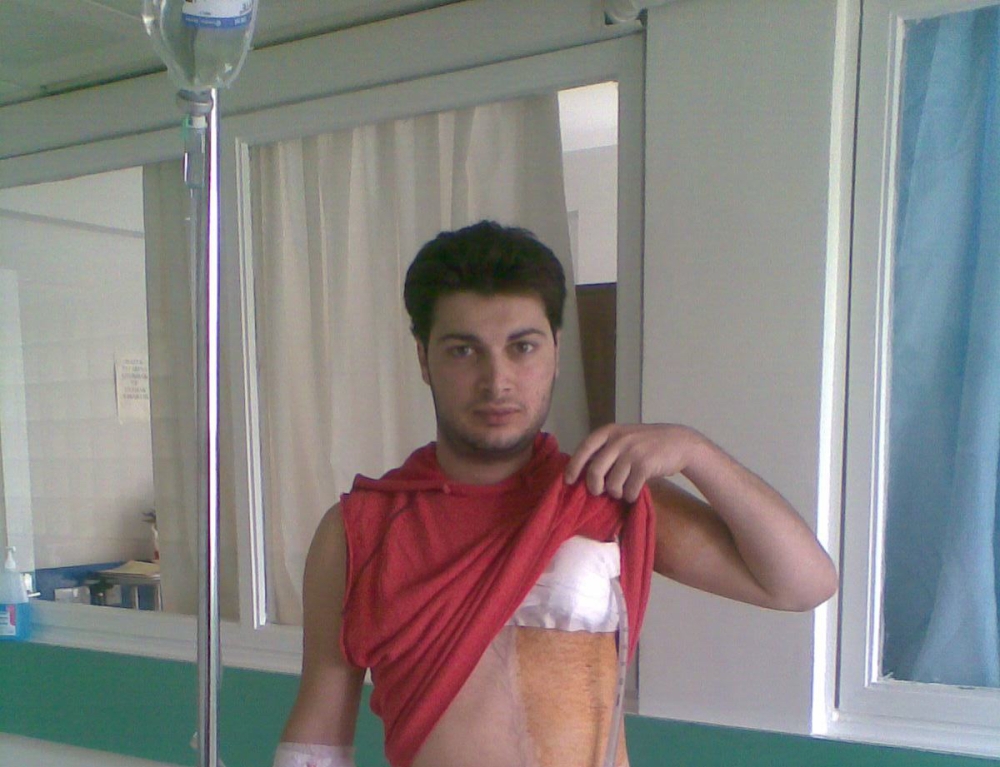 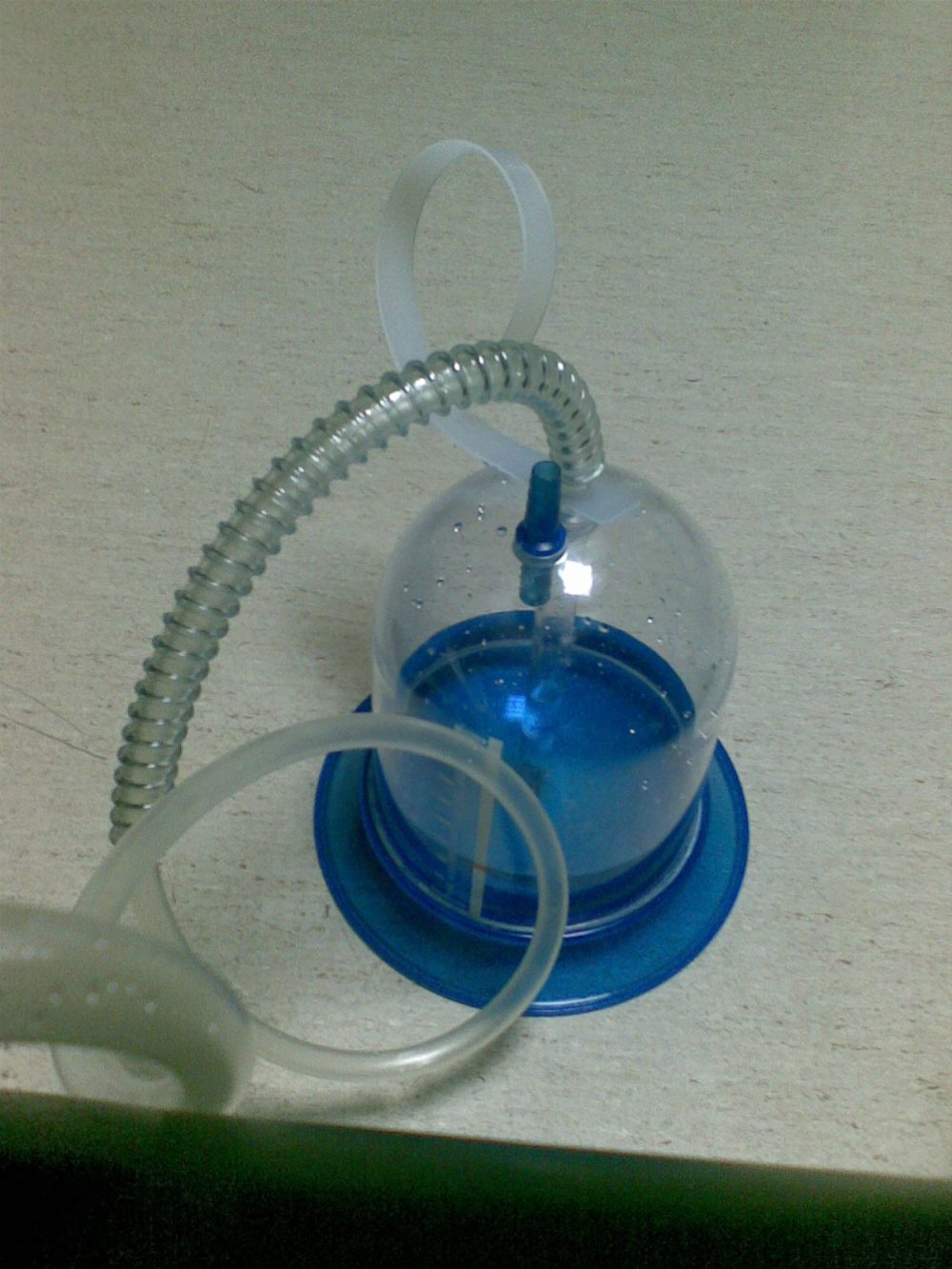 That tube was leading to a bottle of water. The air coming out of my lung would now go in there and through the water not letting it back up into my lung. Giving it space to reinflate and heal. I spent the next 2 weeks including New Year’s Eve and day in hospital struggling to get better, my family would come see me during the day but the nights were lonely. The toilets were horrible, so dirty I thought I was going to get an infection just breathing in there. The doctors suggested I blow up balloons to help heal, so I spent every waking moment blowing up balloons thinking that would make me better. I’m sure I had more air bubbling out of the water than going into the balloons. As the days went on I had my ups and downs with my mental health too, being 18 at the time I wasn’t ready to face my mortality but I had no choice. I had to accept and get better. I realised I had the utmost urge to live. I wanted to take life back and not be afraid. After the 2 weeks I got out of hospital. Against the doctors advice I took the 20+ hour flight back to Australia and focused on getting better than I had ever been. I wasn’t working so I woke up in the mornings walked around my block once then came home and I did it again in the afternoon.

As the days went on I did more laps and I started to time myself. I was getting better and better. Before I knew it my body felt back to normal. But my mind wasn’t even close. I still didn’t know how I made it out of there. I thought it was all just a vivid dream but the pain reminded me it wasn’t. Even after I was better, I was still walking and it became this ritual that I needed to do, it helped me clear my mind and get things into perspective. I started to see life differently.

Like I said I wasn’t working at the time so I spent the time I wasn’t walking, trying to not think about it but that was impossible. It was then when I realised, modern medicine helped me for a reason. It made me want to do something with my life and that was when I started to take acting seriously, as a life choice. To be continued…

View all posts by adnanzey